Yesterday was the night of the Full Brent Council Meeting.

One of the items on the agenda was the first reading of the Council Budget. Not one Tory or Lib Dem Councillor seemed to ask a question on any items in the paper. It seems that they have been asleep for the past few years. They talked of financial mismanagement of the last Labour Government totally ignoring the banking crisis as if it was some imaginary incident. 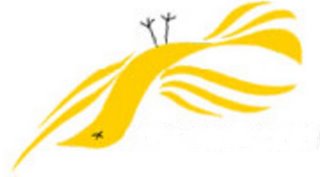 What was really surprising was how outdated their Councillors are. Lib Dem Councillor Sami Hashi described £7 billion as ‘chicken-feed’. Tory leader Councillor Harshadbhai Patel quoted the £100 million in cuts and the £37 million that Brent Council would have to make next years as ‘nothing’ echoing ‘words of wisdom’ from a senior Tory last week who claimed that we’ve ‘never had it so good’. He also said that the Labour Government gave nothing to Brent. That is simply not true. The evidence is all there in people’s everyday lives. Record levels of investment in our NHS, record levels of investment in our schools, the Winter Fuel Allowance which benefits many of our elderly residents year-on-year, Children’s Centres, the transformation of the Central Middlesex Hospital, The Crest Academy, Wembley High, Capital City Academy… I could go on and on.

The Tories left our primary schools with catastrophic levels of underinvestment. Schoolchildren in Brent had to go outside in the cold to get to toilets that would be on the other side of the school building. That is beyond underinvestment. It was a scandal.

Labour did fix the roof while the sun was shining and Brent is far better off after 13 years of a Labour Government than it ever would have been under the Tory and Lib Dems.